Jacqueline Gum: The loss of an author, and a friend. 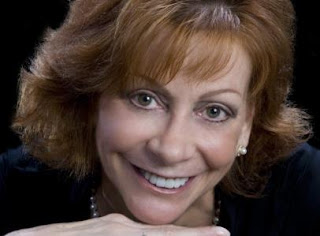 I had just received information about the loss of Jacqueline Gum. She was the author of several short stories and the popular “Confessions of a Corporate Slut”.


Early on in my career, I had searched for existing authors, those who could help me along as a new author. Many ignored my requests, a few did give me some advice; Jacqueline however, provided me with not only sage counsel, but also support. She was there to tell me to struggle on when I was ready to quit. She was there to help me develop this blog, and my other writings.


Jacqueline Gum was diagnosed with cancer, and although she struggled and fought this horrible disease, near the end she knew her destiny.  She left a message to her fans, family and friends to be posted on Facebook after her death. This is that message:


If there is an advantage to being diagnosed with late stage metastatic cancer and given an expiration date, it’s the ability to write your own obituary of sorts.
The basics are this: I was born December 3, 1952 in Pittsburgh, Pennsylvania. I was preceded in death by four grandparents, my father, brother and mother respectively. I was married twice; I am not survived by any children. I resided in Pittsburgh, PA, Minneapolis, MN, Cincinnati, OH, Louisville, KY, back to Cincinnati, OH, then Honolulu, HI for 6 months, back to Cincinnati, OH. Then on to Milwaukee, WI, Fort Lauderdale, FL and Charleston, SC. As a child, I spent so much time on my paternal grandfather’s farm, that Salem, WV has to count as a residence too. My roots lie in the soil there, girded by a bastion of memories.
It wasn’t bolting from bill collectors that compelled me to flee. Mostly, insatiable curiosity drove me and amazement continued to feed me all these years. I never felt that I could ever learn enough…about anything, or anybody for that matter. Too often, that translated into me being a pain in the ass.
I, like most people, had my share of both glorious and utter crap. It was never a matter of which or how much of either proved more abundant. But I needed both to feel whole. For me, the challenge was always striving for balance. Breathe in, digest, appreciate every fabulous experience, each unique sunrise; every chortle from a child; any act of kindness. Let loose the rage born from the crap, yet hold on to the lesson. Truthfully, the only things I deep down hated were beets and hypocrites… not necessarily in that order.
Just so you know, conviction did NOT arrive with the grim reaper. I’ve harbored a deep abiding faith in God since forever, though I rarely spoke of it. I’ve done my share of pontificating, though never about that. The most intimate relationship throughout my life was always the connection between God and me but it was intensely private. I stopped being a church goer, but my faith continued to grow with each sunrise. Since I was a child, I felt like God handed every day over to me, “Here’s your beautiful start, now go do something productive with it.” It’s what made this and every journey possible, because I know, with an unfathomable amount of certainty, that I’m going someplace completely awesome; death is the ultimate healing. In the end, my most valuable lesson came down to accepting that the only difference between fear and enthusiasm is nothing more than attitude.
Living in a multitude of locations and traveling the world afforded me a very wide swath of experiences and exposure to so many people… their cultures and beliefs. If I had to describe my life, I might say rich…in the ways that mattered most… at least to me.
ALWAYS, friendship was fundamental to my existence. The light that you, my friends, brought was exquisite. You gave my life joy and meaning, taught me so much. Mostly, you forgave me all things big and small and so often! Frankly, more forgiveness than I deserved. Because of you I had purpose and most of all, laughter.
We were friends and it was good. I was blessed with enormous wealth, because of all of you. And I thank you… there are no words for the depth of my gratitude.


The message above was not from a person desperately trying to make a deal for a longer life, or someone who was afraid of their fate.  It was a compassionate appreciation of life she had, and thanking those who took the time to know her.  A thank-you letter to those who touched her, and whom she touched in the short period we have in this world.


Some people leave this existence, the exact same, or even worse, as when they came into it. Jacqueline Gum not only left this world better than it was, but she left us as better people for knowing her. Besides her writing, her legacy is that she helped everyone who knew her and appreciated their friendship.  I cannot think of a better gift to the world than that; and we were blessed to know you to.
Posted by W.A. Rusho at 5:52 PM