Horror Host- A Tradition that Lives On 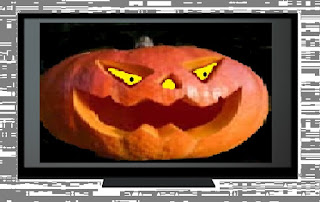 This week we will be discussing the horror host, the person (or thing) that brings you horror/monster movies for your enjoyment. I often mention the horror host before Halloween, and this year is no different, but I have added a few new names to the list.


Let us look at the horror host, and their origin.


Film packages were offered to local TV stations which consisted of mostly monster/horror movies.  These local stations were encouraged to create their own horror host. The popular solution to creating one was delegated to a weatherman, or part time news announcer who was given the additional duties of performing as the horror host. Soon, almost every local station had such a host. 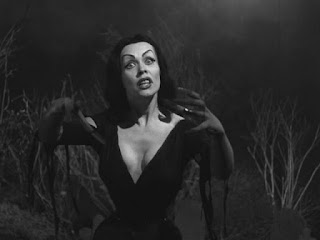 Vampira (Maila Nurmi)– She is considered to be the first horror host. She was a haired female vampire who introduced the movie and commented about it during commercials. Although she lasted only for a couple of years, she still has an impact on the genre of monster movies.


Zacherley (John Zacherle)-His show was broadcasted in Philadelphia and New York City markers in the 1950’2 and 60s making him one of the founding members of the horror hosts.


William Robert "Bill" Cardille hosted a show called Chiller Theatre which gave him the moniker, “Chilly Billy”.  He also appeared as a newscaster in the classic Night of the Living Dead. He also was a wrestling host for “Studio Wrestling“, out of Pittsburgh, PA.


Baron Daemon was portrayed by Mike Price the local weatherman in Syracuse, NY. His show was typical in that he portrayed a humorous host overshadowing the menacing movies he showed. I had the honor of serving with Mike Price in the middle 1980s in the Coast Guard Reverse out of Oswego, NY


As a kid growing up in Upstate NY, I watched a lot of television.  This was an era where there was no internet, or cable television.  Many people, including my family, had a limited number of channels, we had 3-4 depending on the weather. So, when Saturday came along, I made sure I was watching my favorite show, Monster Movie Matinee.

Monster Movie Matinee- This was the show I grew up on. Dr. E.Nick Witty (portrayed by Alan Milair) and his henchmen Epal (portrayed by  Bill Lape),  Unlike other shows, which portrayed their hosts in a humorous manner, these two took it seriously.  Dr. Witty was so horrible looking, that if you saw him it would drive you insane. To spare the audience of this torture, you only heard his voice and saw his hands on the screen. Epal had large scars on his face alongside an eye patch. Over the years, he suffered his having his hand cut off and being turned into a werewolf.


In the 1980’s cable television became widespread. New opportunities were now opened up for the horror host, they were no longer isolated to a local market but could be seen throughout the entire nation, or the world.


Elvira. Portrayed by Cassandra Peterson, she became a worldwide hit as a funny wise cracking, valley girl persona with a curvaceous body clade in a black vampire like gown and hair.  Elvira has appeared in numerous movies, television shows; and her likeness appears on numerous comic books, pinball and video games.


Mystery Science Theater 3000- created and first hosted by Joel Hodgson.  A man is stranded in space, accompanied by wise-cracking robots and is forced to watch cheesy movies. This has gone through several hosts, formats and channels.


Joe Bob Briggs (John Irving Bloom) portrays a rural, country man watching horror, monster movies; but specializing in movies created to be shown in drive-ins. His show went through several formats not to mention stations. MonsterVision was one of these formats which was shown on the TNT network.


USA Network- At one time the USA Network had numerous horror/monster hosts. This included Commander USA (Jim Hendricks) and Up AllNight (Gilbert Gottfried, Caroline Schlitt and Rhonda Shear). Each version of the show displayed horror, low budget films, or those with a cult following.


Svengoolie- Perhaps the current king of the horror hosts on television. Shown on MeTV and currently portrayed by Rich Koz (The original host was Jerry G. Bishop). This show has been resurrected several times over the years.  The show is a popular member of the MeTV lineup throughout the country, not just the Chicago area where it is filmed.


Today, with the advent of the internet, smart TV;s etc, you can gain access to many more horror hosts than those appear on traditional television.  The following are several I have recently discovered.


Count Gore de Vol was the first horror host to have a weekly show on the internet. Over 35 years in the business he is still doing programs and making appearances throughout the United States.


Lamia-Queen of the Dark -  The origins of the name Lamia is in Greek mythology, Lamia was a Queen of Libya who became a child-murdering monster feared for her malevolence after her children were destroyed by Hera. This makes her similar to the tradition of Lilith. Recently, the name Lamia has been synonymous with the female vampire, which is the reference in the show.


I enjoy watching her program, she is very well informed about the movies she shows. The research by her, or her staff, is unmatched; not to mention she is very pleasant to look at. Horror Hotel also has a horror film festival which I hope someday I can attend. I really cannot describe how impressed I am with this show.


Horror Host Network- this is another app you can receive on your smart TV, Roku or similar device. It is a reflection of Saturday FrightTheater which is a hosted (Erik William) late night program playing a variety of cult classic and B-rated public domain horror movies.  They also have a series of excellent interviews of directors and actors.


As I stated earlier, I watched many of my favorite monster movies which had a host presenting it.  The input of the hosts on me cannot be understated. They opened up a world of imagination and wonder to me. Something that carried with me to this day.  I know that their influence helped me become an author, and to look at the world in a different way. With great hosts today, such as Svengoolie, Lamia and the rest, I hope their tradition and their influence on a new generation of viewers will continue.


If you want to know more about the horror host, I recommend seeing a 2006 documentary American Scary. The film is written directed by filmmakers John E. Hudgens and Sandy Clark.

W.A.Rusho is a professional wrestler, martial artist, and author. You can reach him via his email or website.

LIKE WHAT YOU JUST READ? Then support a blogger simply by selecting an ad link on their page.
Posted by W.A. Rusho at 7:29 PM