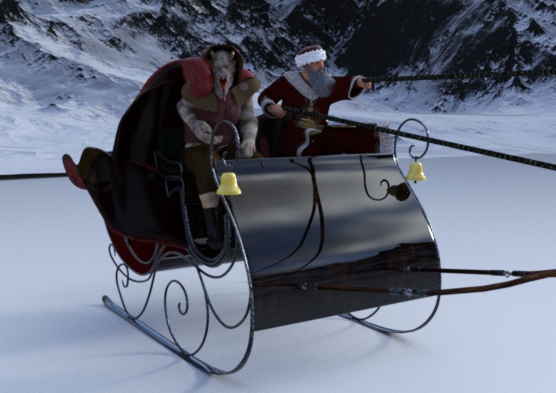 On my last post we discussed some of the weird terrifying creatures that haunt Christmas, they will make you scream, give you nightmares and make you wish you were never born, now we are going to talk about more them and others. 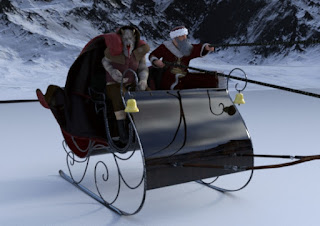 Krampus- From my last post I promised to talk more about him. He is the "half-goat, half-demon” king of holiday horrors. The Krampus is hairy, usually brown or black, and has cloven hooves with horns of a goat. His has fangs and a long tongue.

The Krampus carries a sack or backpack, in there are the worse children in the world.  He will take these children back with him to hell, or make a fire and cook them to eat in some dark cave.

One other thing the Krampus carries are birch twitches, where if you are a bad, or spoiled, child he will whip you.  He may also deliver not presents, but coal or birch sticks (called ruten) to bad naughty children.

The worse part of the story of Krampus, as with other similar stories we will cite below, is he travels with St. Nicholas.  You heard that right, Santa Claus gives this horrible creature a ride on his sleigh so that Santa can act like a saint, while letting the Krampus beat or devour children, or even drag them off to hell. 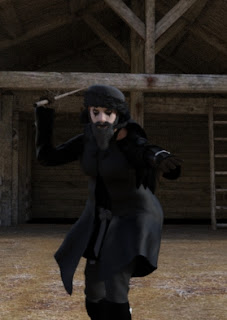 Hans Trapp (or Christmas Scarecrow)- This is a very unique Christmas legend, because it is based on a real person. His real name was Hans von Trotha, and he was a knight. Before I get into his real story, I want to discuss the legend first.

According to legend, he was an evil man with terrifying desires. He was powerful due to his dealings with the Devil, the pope upon hearing of this had him excommunicated. He then moved into makeshift home in Bavaria.

It was here that he had his first desire to taste human flesh. He dressed as a scarecrow and waited for his victim.  He saw a young boy and stabbed him with a sharp stick. Then he dragged him home, cut him into small pieces and cooked him. He went to eat a piece of the human cooked flesh when he was struck by a lightning bolt.

He was then condemned to mend his ways by being an assistant to St. Nicholas. Like the other companions of St. Nicholas, his purpose is to punish bad children.

Now let’s get back to the real man, Hans von Trotha.  He had an argument over some property near a church. The abbot would not concede to him owning the property, so Hans von Trotha built a dam and cut off the water supply to the village. The abbot had the dam destroyed which flooded the local homes and farms.

Hearing of this argument, the pope summoned Hans von Trotha.  He refused to go meet with the pope and instead sent a letter.  The letter stated how righteous he was, and the sins committed by the local abbot. Pope Alexander VI was not impressed with his correspondence and had him excommunicated.

In a European world influenced by the church, excommunication did not seem to hurt Hans von Trotha. He served in the French royal court where he was given a knighthood.  After his death, all sanctions against him they were removed posthumously. 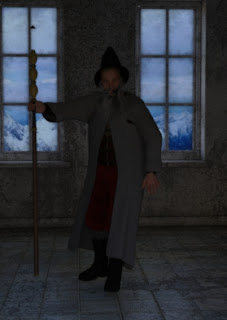 In folklore in some parts of Germany, there is Knecht Ruprecht, this translates as Farmhand Rupert or Servant Rupert, is a companion of Saint Nicholas. He a man with a long beard, wearing a pointed hat and dressed in brown or grey.  He is often portrayed with a staff and a limp from an injury he occurred as a child. In legend he was a farmhand or orphaned child who St. Nicholas raised to be his assistant. 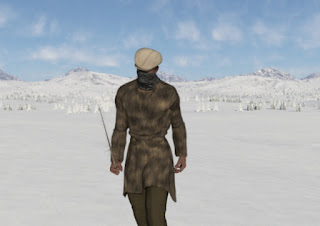 Belsnickel is a companion of Saint Nicholas in Germany. Belsnickel is a man wearing fur which covers his entire body, and sometimes he wears a mask with a long tongue. At Christmas he visits children and delivers socks or shoes full of candy, but if the children were not good, they will find coal and in their stockings.

Zwarte Piet or Black Pete, this is a unique character. Piet is said to be black because he is a Moor from Spain. Like other St Nicholas companions, he is the one punishing ill-behaved children by beating them or even taking them back to Spain. Unlike others that are “companions” of St. Nicholas, Zwarte Piet is considered a servant to him.

Zwarte Piet is often portrayed by a white person in black face wearing vibrant colored medieval garb or even in jester’s outfits, because of this characterization he is now considered racist.

All the above when they beat children often use a birch rod or bundle called a ruten. The birch as well as the ruten has pagan origins. In some countries it is used as the Maypole to celebrate spring, in others it is even used to ward off demons or fairies.

I hope you have enjoyed our journey into the dark side of Christmas.

W.A.Rusho is a professional wrestler, writer and historian. You can contact him via his email.