A Fantasy Novel Sequel in the Making, Maybe-Part 2 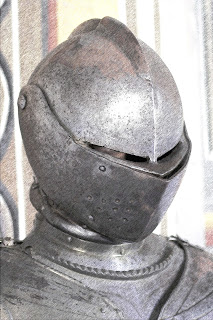 I have been in the process of writing the sequel to “Legend of the Mystic Knights”, I have been notified that due to the recent lackluster sales, my sequel may not be handled by my publisher. As a result of this, I will be selling the novel at a reduced price. I will keep you posted when this occurs.
Until I make a decision about the future of the novel, I am proceeding with telling you about the monsters and creatures which will be featured.


As with “Legend of the Mystic Knights” I have tried to incorporate creatures based on medieval legend. Each creature or monster has its unique characteristic, which includes its power and its weakness.


The following is a list of creatures which play an important part in the sequel: 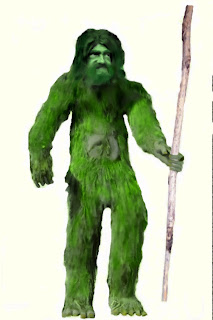 WOODWOSE- The Wildman of medieval Europe. This creature is incredibly tall (over 7 feet), and has fur covering its entire body, in many instances the fur is green colored. 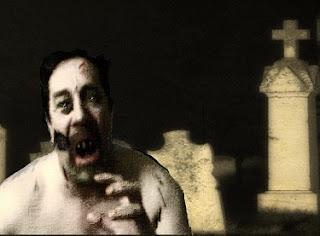 REVENANT-The zombie of the medieval world. I brought this creature over from my first novel. In the original they had a limited appearance, now they are featured more and have a greater impact on the characters in the novel. 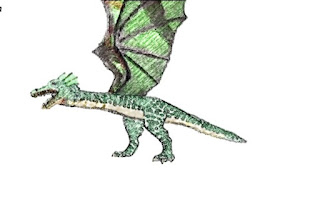 Wyvern- the characteristics of this dragon are that it has one set of legs and can fly upon its leathery wings. This dragon is used in my heraldry throughout Europe and can be seen on many family crests.

A Sequel to a Fantasy Novel in the Making

I have been in the process of writing the sequel to "Legend of the Mystic Knights",  I am in the final process of finishing the book, before I send it to my publisher.  Hopefully, it will be accepted and then the editing process can begin.


As with “Legend of the Mystic Knights” I have tried to incorporate creatures based on medieval legend. Having an existing creature, even mythical, has many advantages and disadvantages.  One of the advantages is that I have an existing description of a creature. There are many existing documents from this era about these creatures including their size and characteristics.


These same advantages are also a disadvantage; this is because when I write my novel, I try to be as historically accurate as possible, even with mythical creatures. This means I am limited to these characteristics described by medieval people.  I will let other author’s take vampires and turn them into love struck teenagers, as for me the vampire is a loathsome demonic creature who attacks the living during the night.


The following is a list of creatures which play an important part in the sequel: 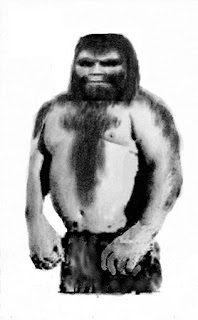 OGRE: The name ogre may come from different sources. One is it is based on the biblical king Og, who was an Amorite king and last of the race of giants and was defeated and slain by Moses.


The name could also be derived from the French word and could come from the Orcus who was an Etruscan god who ate human flesh.


The 2nd variation of the name is important, because unlike the current concept of an ogre, traditional ogres feed on human flesh. The other features of an ogre are that they were incredibly tall and had oversized heads and were covered in hair, again, unlike the current famous cartoon ogre we are used to today.


In my sequel I picture the ogre as a 12 foot tall, overweight with oversized head and hands. For clothes it wore a bearskin.  As a weapon it uses a piece of a tree trunk as a club. I could imagine the ogre as a large Neanderthal Man, while still maintaining the human flesh eating characteristic from legend. 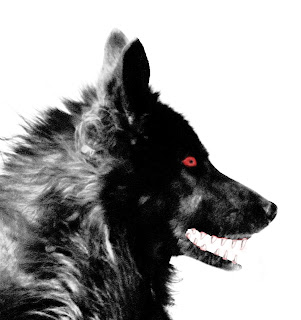 WARG: Many people believed this was a creature created by J.R.R. Tolkien, since it is used throughout his novels about middle-earth. In legend, the warg is a creature of Norse mythology, and usually represents Fenrir, a giant wolf who will end up killing Oden during Ragnarok (similar to Christian’s Apocalypse).


In the sequel, the Warg is twice the size of a large wolf. It had fierce red eyes and oversized teeth and claws. Although larger than a standard wolf, they still show the same characteristics, they are a pack animal and can be manipulated as one would a wolf.


In the novel, I use a trick used by Eastern European hunters called fladry. This is a technique where a rope is tied between trees, and large red pieces of cloth or flags are tied to it. A wolf will not cross this line and they can also be herded into one area using this technique. 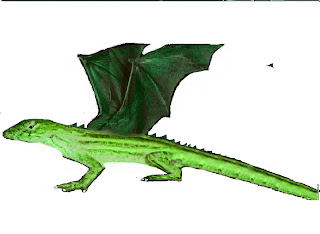 DRAGONET- This creature has 2 sets of legs, a set of wings and appears as a normal dragon, except it is barely 5 feet long. Although it can breathe fire, its main weapon is its blood, which is extremely poisonous. Even a few drops of blood on the skin can kill a full sized knight.


I wanted to describe the dragon as unintimidating, almost appearing as a colorful snake or frog. This is because a knight in my novel, who was unfamiliar with how dangerous it was, kills one, not knowing that its blood could kill. 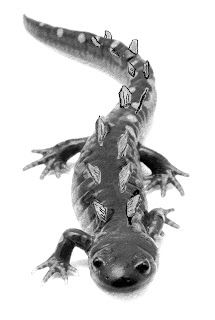 LACERTA- (Also known as “gigas lucernta” or giant lizard). This is a creature I created. It is a lizard which humongous in size (150 feet). It has a thick hide which is harder than plate armor, making it almost invincible. The lizard is flat, and has two rows of spikes running down its back.


Originally, I wanted to call this creature a Dyrodor, being a fan of Edgar Rice Burroughs who created it in one of his novels, but I was afraid it was still under copy write protection, so I came up with my own monster.


When I thought of the lacerta, what came to mind was those old cheap sci-fi movies. Where they took an iguana or other lizard, and glued spikes on them, and then filmed them so they would look like they were dinosaurs.

So now you have a sense to the sequel of "Legend of the Mystic Knights",  there are many more monsters and creatures planned in my sequel, and we will cover more next week.  I hope that if you have not already, you will get a copy of my current novel, and also the sequel when it comes out.

As always thank you for visiting and if you want, please leave a comment. 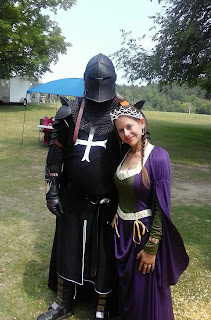 My Sequel, a Look into the Future 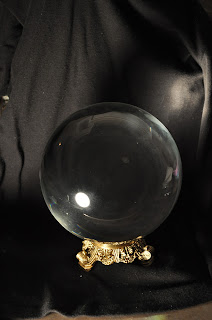 Summer and Medieval Festivals: Promoting yourself? 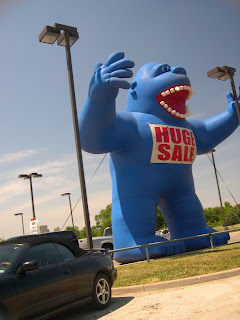