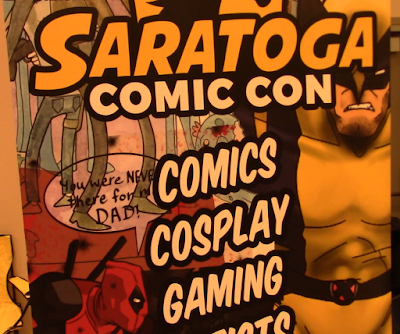 I recently went to the fall version of the Saratoga Comic Con, there is a spring version, you can read my review of it here on a previous blog post.


There was so much at this comic con, so here is but a partial list of what I experienced there. 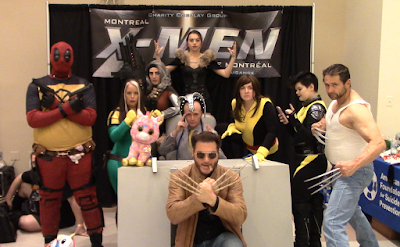 Montreal X-Men- I would describe them as performance cosplay artists that concentrate on characters from Marvel’s X-Men.  This group I seek out at these conventions, not only because they are excellent performers with excellent gear and costumes, but they do it for great causes. They might not be superheroes in the comic books, but because of what they do for charity they are super human beings.  I cannot encourage you enough to seek this wonderful group out. 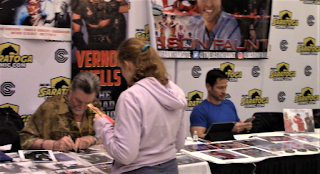 There were numerous celebrities signing autographs and photos. Check out the great lineup they had on their Facebook page.

As for me, I got several photos and autographs, Imust say it was a pleasure to speak to both of them.


Michael Biehn- A great actor who starred in Terminator, Aliens and one a great tv version of the Magnificent Seven.


Vernon Wells- One of my all-time favorite villains from The Road Warrior.  He also was a great scene stealer in Weird Science. 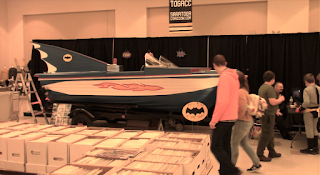 19966 Batboat- for fans like me this was a treat.  The batboat was created by Glastron Industries for the 1966 movie Batman. 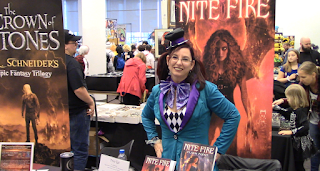 C. L. Schneider- I enjoy speaking to her at these events. She is a wonderful author and I encourage you to check out her novels.  I have personally bought several of her outstanding novels. 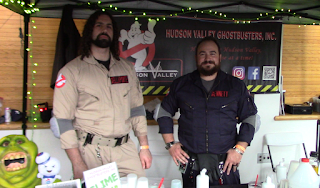 Hudson Valley Ghostbusters- Like the Monreal M-men, this is another cosplay group that does it for charity.  They have some great equipment and uniforms. 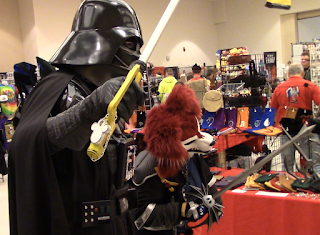 You never know who you might run into here.

My video I created for the Saratoga Comic Con 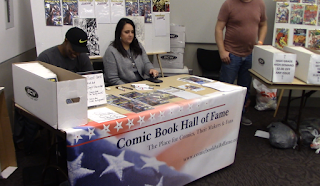 Comic Book Hall of Fame- a non-profit organization dedicated to celelbrate and honor those who had contributed to comic books. 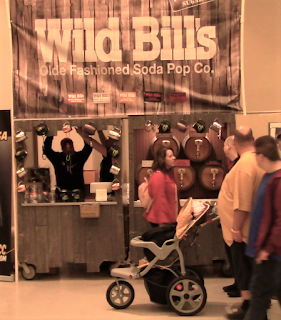 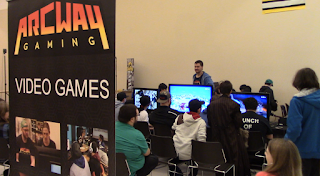 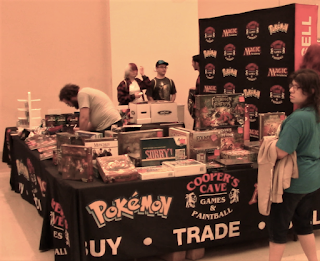 Cooper’s Cave Games and Pinball- Had the Magic the Gathering tournament.  This company has so much more, check them out. 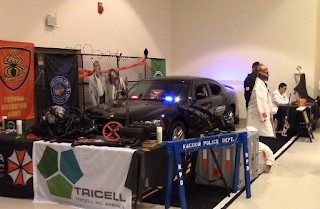 Umbrella Corporation (Springfield Hive)- Another great cosplay performance group.  If you are unfamiliar, Umbrella is the company in Resident Evil which create bio organic weapons, these weapons are now uncontrollable. 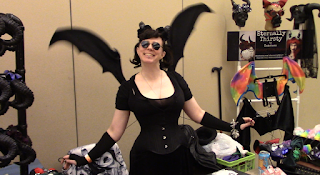 Eternally Thirsty- Another great person I like to speak to at events. She sells some wonderful horns, clothing and a whole lot more. 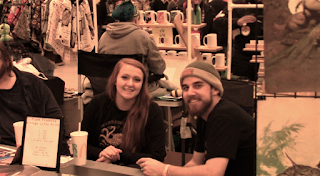 Busy Bee Vintage Prints- They had a wonderful collection of Frazetta prints.  I bought one.  They sell other wonderful items so check out their Ebay Site.

The Saratoga Comic Con is a great event offering so much more than the sampling I mentioned above.  They have a spring version of the comic con which will take place at the same venue on May 2nd and 3rd.  Be like me, and make plans to attend.


W.A. Rusho is a professional wrestler and author. Conact him via his email.
Posted by W.A. Rusho at 6:59 PM